Larisa Kocic-Zámbó is an Assistant Professor at the Institute of English & American Studies, University of Szeged. Email: 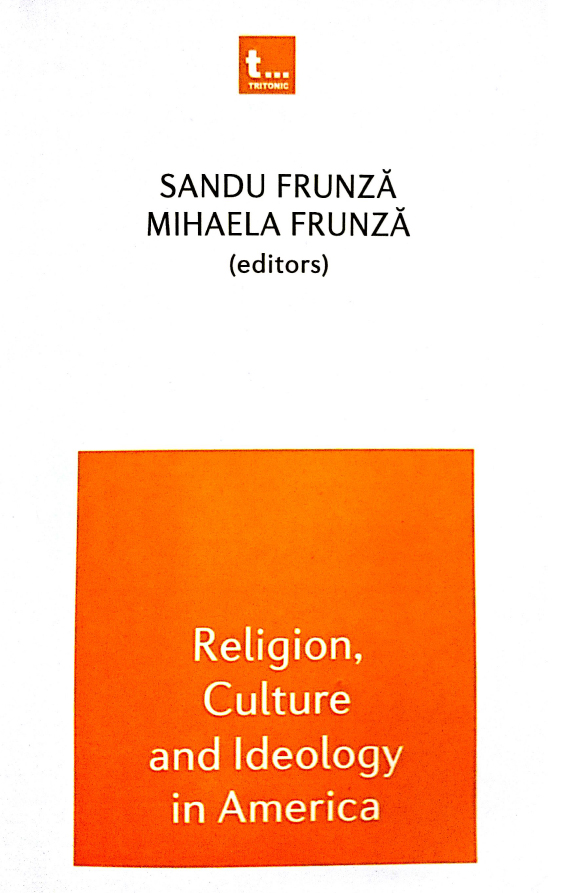 Recent debates on secularity—particularly the impasse created by the realization that the traditional theory of secularization, as formulated in Europe, is inapplicable to the conditions in U.S.; nor is its American version applicable to Europe—have made scholars reconsider and clarify „terminological and theoretical disagreements” (Casanova, 2006, 9; cf. Casanova, 2008; 2011; Taylor, 2007; Joas, 2007). In reconsidering secularization,1 Casanova defines the difference in approach of European and American scholars. While the Europeans tend to shift between two senses of secularization—“the decline in the societal power and significance of religious institutions, and the decline of religious beliefs and practices among individuals”—and use them interchangeably, perceiving them as “structurally related components of general processes of modernization”, the Americans tend to circumscribe it in “its narrower, more recent meaning”, i.e. the decline of religious beliefs and practices, taking its other, more traditional, meaning “for granted as an unremarkable fact” (Casanova 2006, 8).

It is perhaps not surprising that the volume Religion, Culture and Ideology in America displays both of these approaches, as it features works of both European and American authors, although, not necessarily with a clear-cut awareness of the above mentioned differences. Before further elaborating this claim, let me remark on the particular edition of this compilation itself. Religion, Culture and Ideology in America is a paperback edition of the Journal for the Study of Religions and Ideologies (JSRI), volume 11, issue 33 (Winter 2012), an international on-line publication of the Seminar for the Interdisciplinary Research of Religions and Ideologies (SCIRI) from Babes-Bolyai University, Cluj, Romania. In the initial editorial that launched the electronic Journal back in 2002, Prof. Codoban saw JSRI embodying the paradox and the goal of being located “in the virtual reality of communication and its site on Internet, yet having as its academic interest the most concrete forms of spirituality, religions and ideologies” (Codoban 2002, 4). Within this context the paperback edition seems a bit superfluous as it exhibits none of the advantages of an online journal (particularly its access), nor is it void of errors (missing a concluding paragraph [see 62-63] and the author’s academic affiliation information, etc.), thus, making its virtual “older twin” a more stable and concrete source than the present “hard” copy edition. What puzzled me both in the electronic and the paperback edition is JSRI’s referencing system: the use of endnotes with full bibliographical references with the addition of References at the end of each article in which the references already at full bibliographical display in the endnotes are yet again listed. But one should perhaps not complain for user/reader friendliness.

Despite these minor omissions and redundancies, the volume proves a very interesting reading. Perhaps even more so if we focus on the shifting meaning of secularism within its chapters so symptomatic of recent studies in religion in general. Let me start from the one of the editors contributions, particularly as Sandu Frunză’s claim in his article “Political Ethics between Biblical Ethics and the Mythology of the Death of God” seems to function as an overall guideline to the whole volume (see back cover blurb). Frunză, by focusing on the Jewish American thought on Holocaust (particularly Eli Wiesel and Richard Rubenstein), discusses the importance of religion as a symbolic construct deriving from and feeding into fundamental human needs despite the huge impact secularization (or the theories of secularization) have on our modern world. It is quite obvious that for Frunză secularization is primarily perceived in its traditional meaning, i.e. “the separation between religion and politics, as well as […] the separation between religious and the political imaginary and the separation between the purpose of political actions and decisions and those belonging to the religious sphere” (224-225). However, this meaning for Frunză is interchangeable with its more narrow meaning, the decline and reduction of religious beliefs and practices (Casanova 2006, 8; see Frunză & Frunză, eds. 2012, 241n2).

Andrada Fătu-Tutoveau’s and Corneliu Pintilescu’s article pays attention to contemporary cultural and media studies “interested in redefining the relationship between religion and [popular] culture” and uses James Cameron’s Avatar as case example of how “religious patterns, symbols, characters or behaviours […] were recycled, reinterpreted or even hidden under the mask of secular and even industrialised art” (200). They, too, share and cite Frunză’s conviction of “modern man’s need for the sacred in spite of tendencies to restrain it force in the cultural practices of modernity” (201), in which the meaning of modernity is inescapably connected to the concept of secularization, this time defined by Berger: “the process by which sectors of society and culture are removed from the domination of religious institutions and symbols” (201). However, Fătu-Tutoveau and Pintilescu acknowledge the obsolescence of the traditional concept, and drawing on Edward L. Bailey definition of implicit religion (previously termed “secular religion”) proceed to show “the manner in which contemporary popular culture (and cinema in particular) recycles, integrates and reinterprets patterns, symbols and behaviours” – the behavioral aspect being theirs and Bailey’s particular interest.

Behavior is also the focus of cult studies, particularly of deviant behaviors, resulting in a reluctance of the scholarship to use the term in the first place. Ken Cleaver article, “The Practical and Ethical Considerations in Labeling a Religious Group as a ‘Cult’” attempts to justify the judicious use of the word “cult” both in general and in academic context. However, his considerations are set in the narrow confines of Christian use, particularly within the context of evangelism (especially when conducting one-on-one outreach of cult members). The imperative of Christian outreach/education is the main focus of Timothy Paul Westbrook’s article too, as he describes Confucian filial piety (xiao) and its possible applications by Christian educators in order to dispose of the largely cultural (not religious) opposition to Christianity. Although Westbrook strives to be open minded and see this learning experience to go in both directions, namely, facilitating “common experiences with Chinese students and [learning] to respect the Confucian Heritage Culture”, ultimately the xiao is reduced to a “helpful medium” for “American Christian educators who wish to communicate biblical values” (168). Dennis F. Kelley’a article on the resurgence of Native American religious practices (powwow) among urban Indians has also a bearing on the study of Indigenous religions, although, in this particular paper the author does not elaborate on the possible insights this can provide “into the discussion of the religious/secular divide” since his focus is on “the significance of embodied practice in the formation and maintenance of religious identity” and its negotiations in modernity (119).

The remaining five chapters (starting the volume) are more invested in the political aspect of ideology. Robert C. Trundle’s article is a diatribe against capitalist worldview posing as a virtual religion. Although by intention a philosophical profile (“America’s Religion versus Religion in America: A Philosophic Profile”), occasionally it reads more like an impassionate and satirical damnation of the “rouge religion with the reverend economist Adam Smith as a messiah, Wall-Street CEOs as apostles and heaven as the lust for money sated by wealth. Hell, of course, is the nether world of poverty where abide the lazy and weak. They weep and gnash their teeth, or worse, stir up labor union strikes since the wicked have no rest” (16). Mihaela Paraschivescu’s article on religion and the political discourse in the USA looks at “the religiousness in U.S. presidential inaugural addresses and other speeches to the nation” (29). Religiousness in this instance, however, is the mere mentioning of God, “usually either in the headline or in the conclusion” not so much in reference to religion but, as the author herself notes, to “elements of the founding father’s discourse” (35).

Personally I find Liliana Mihut’s article, “The Faces of American Pluralism: Political and Religious” the most engaging, partially, for being the only contribution to reflect, within the confines of its topic, on the divergence between Europe and the US as noted by Casanova: “while European churches have remained anchored in the territorially based national church and local parish, the American denominations work as congregational voluntary associations” (55) fostering a great religious diversity and plurality, ultimately, offering possibilities for the US democracy “to develop new interactions and participative tools” (45). It is quite unfortunate that in this paperback edition of JSRI, Mihut’s article falls victim to a missing (concluding) paragraph I mentioned earlier when addressing the particulars of the edition. Finally, Todd Jared LeVasseur in his article focuses on the religious variable in discussion on environmental issues in present day America, while Emanuel-Mihail Socaciu and Radu-Bogdan Uszkai tackle the debated possibilities of fusionism particularly with regard to religion-related issues.

All in all, the volume offers highly diversified and engaging perspectives on religion, culture and ideology in America at large (as not all of the articles deal with contemporary views or phenomena), even if read with a single-minded focus on questions of secularization.

1 José Casanova’s initial distinction between three different connotations of secularization, made in his seminal work Public Religions in the Modern World (1994), has been severely contested and criticized for its Western centrism, for limiting public religion to the public sphere of civil society and for its “national perspective, neglecting the transnational global dimensions” (Casanova 2008, 102). The distinction he made was between secularization a) “as the decline of religious beliefs and practices”, b) “as privatization of religion” and as such precondition to secularization’s last connotation, namely, c) “as the differentiation of the secular sphere (state, economic, science), usually understood as ‘emancipation’ from religious institutions and norms” (Casanova 2006, 7)—although the c) meaning is still pervasive as “the core component of the classic theories of secularization” (7). Taylor’s more recently distinguished between three (related) senses of secularity: 1) as it pertains to public space; the political structure being separate from church, “as we function within various spheres of activity—economic, political, cultural, educational, professional, recreational—the norms and principles we follow, the deliberation we engage in, generally don’t refer us to God or to any religious belief”; 2) “the falling off of religious belief and practice, in people turning away from God, and no longer going to Church”; and 3) describing a society in which “faith, even for the staunchest believer, is one human possibility among others” (Taylor 2007, 2-3). ↩